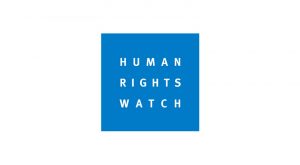 Human Rights Watch investigates and reports on abuses happening in all corners of the world, including in Kashmir.