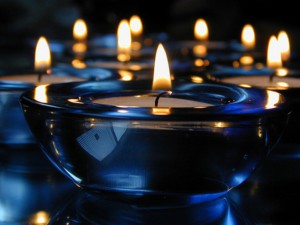 Belgium based Pakistanis and Kashmiris held a gathering in Brussels to pay homage to the martyred students and staff of Army Public School Peshawar and victims other terrorist incidents in the world specially recent Paris’s brutal massacre.
The gathering titled; “Terrorism is condemnable from Peshawar to Paris” was attended by a large number of people from different walks of life and President World …Kashmir Diaspora Alliance Chaudhry Khalid Mahmood Joshi conducted the program.
The Participants stood silent for one minutes in honour of victims of the terrorism in all over the world specially Peshawar and Paris. They also offered pray for them and paid tribute by lighting of candles in their memory.
The speakers of the gathering were former EU Ambassador Anthony Crasner, Pakistan Embassy Counsellor Mehmood Akhtar, Chairman Kashmir Council EU Ali Raza Syed, Ex Presidents of Pakistan Press Club Belgium (PPCB) Rao Mustajab, Hafiz Unib Rashid, Nadeem butt and Shahid Farooqi, Chairman Kashmir Info Mir Shahjahan, Member Brussels Parliament Dr Manzoor Zahoor, Saleem Meman of Tehrike Insaf and President Muslim Conference Europe Sardar Sadeek.
They said, we condemned all kind of terrorism, either it is killing of minor children in Peshawar or brutal massacre of unarmed people in Paris. These two incidents were severe and tragic and we cannot forget such incidents. We also condemn all form act of terrorism in Asia, Europe, America and Africa specially recent brutalities in Pakistan, Lebanon, US and Turkey.
They emphasized, We should be united against extremism and terrorism in order to protect and safeguard the humanity from the menace. Terrorists have no religion, they are against the human being.
Meanwhile, Chairman Kashmir Council EU Ali Raza said, we as Kashmiris understand the griefs of families of the victims of terrorism. Kashmiris including children and women are suffering from Indian state terrorism for many decades. He added that we support all actions of the government of Belgium in order to provide security to the public and maintain law and order in the country. “We are all united against the extremists and terrorists and strictly there is no space for them in the society”, he argued.